In the last few months it has become increasingly clear that my husband Thomas does not tolerate gluten. During our vacation in Alaska and Canada, his complaints got so bad that he radically cut gluten from his menu –and he got a lot better very quickly. He has not yet taken a test, but his condition alone speaks volumes. In general, gluten tests are not as accurate as you might think. To do this, you first have to understand what gluten actually is.

Gluten is a mixture of different proteins that are found in wheat as well as in other types of grain such as spelt, rye, oats (very small amounts), kamut, emmer, einkorn and barley. In the grain growth process, gluten fulfills the function of providing the seedling with stored nutrients. When baking, the gluten works like a glue that holds the pastries together well. There are two different groups of proteins in gluten: the prolamins and the glutelines. Depending on the type of grain, they differ somewhat in their structure. That is why the prolamins in wheat are called gliadins, for example, but in oats, for example, avenins. Of these sub-categories there are further sub-categories such as alpha, beta, gamma and omega-gliadin. So far, so complicated.

A test for gluten intolerance usually only looks for antibodies against gliadin, which is typical of wheat, in the alpha and beta version. Since an intolerance can also be triggered by one of the other substances in gluten, it is possible that one of the intolerance tests turns out negative, but gluten is still not tolerated.

The good news is that people with celiac disease can be safely diagnosed from a biopsy and certain blood markers. Anyone else who has a potential intolerance can easily find out whether their symptoms are gluten-related or not: they simply leave the gluten out completely for 60 days and then assess whether they feel better or not.

What are the typical symptoms of gluten intolerance?

While the severe form of gluten intolerance, celiac disease, shows clear symptoms (diarrhea, abdominal pain, weight loss, nutritional deficiency), gluten intolerance is not always that easy to recognize. For many people, the symptoms do not start immediately after consuming a gluten-containing dish, but often up to 72 hours later. And the complaints themselves are also not very easy to identify.

These are the most common signs of gluten intolerance:

The greatest fear when a gluten intolerance is suspected: “Then I can’t eat any more bread!”

I believe that there are many people who are more willing to take on health problems than to change their eating habits. And when it comes to the beloved bread, the change is particularly bad. Of course you can buy gluten-free bread in the store, but it usually doesn’t taste particularly good and often has a crumbly and dry consistency.

Since I love culinary challenges and had already dealt with gluten-free baking while working on my book “Suess&Gesund”, I got down to work straight away. And it didn’t take long before I pulled a good gluten-free bread out of the oven. Before that, I had my own doubts (which I had kept a secret from Thomas) whether it was even possible to bake a really delicious gluten-free bread – but it works! And it’s very easy.

And now my question for you: did you ever experience any food intolerances or have someone close in the family who has? How did you manage the transition? Please let me know in the comments below! 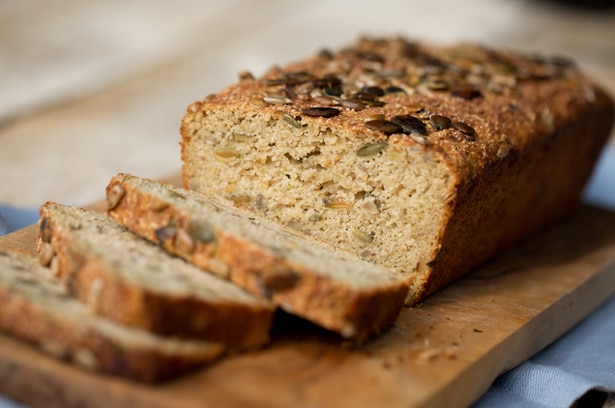 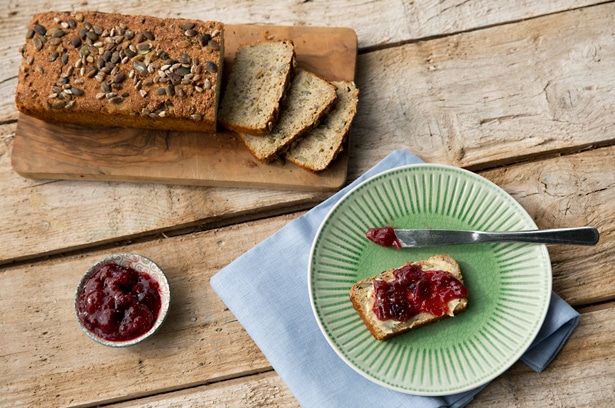