I think you can’t eat enough oven fries, can you? Lately I’ve been particularly fond of this red and white variety made from sweet and regular potatoes. I marinate them with a little olive oil, polenta and cornstarch to make them extra crispy. Combined with my homemade ketchup from last week they are just … yumm!

To be honest with you, I have a kind of Pavlovian reflex: when you say “fries”, I think “television”. Fries just taste the best when eaten on the couch with a good movie on. That’s why I feel obliged to give you a few movie recommendations as a side dish to my delicious french fries recipe. 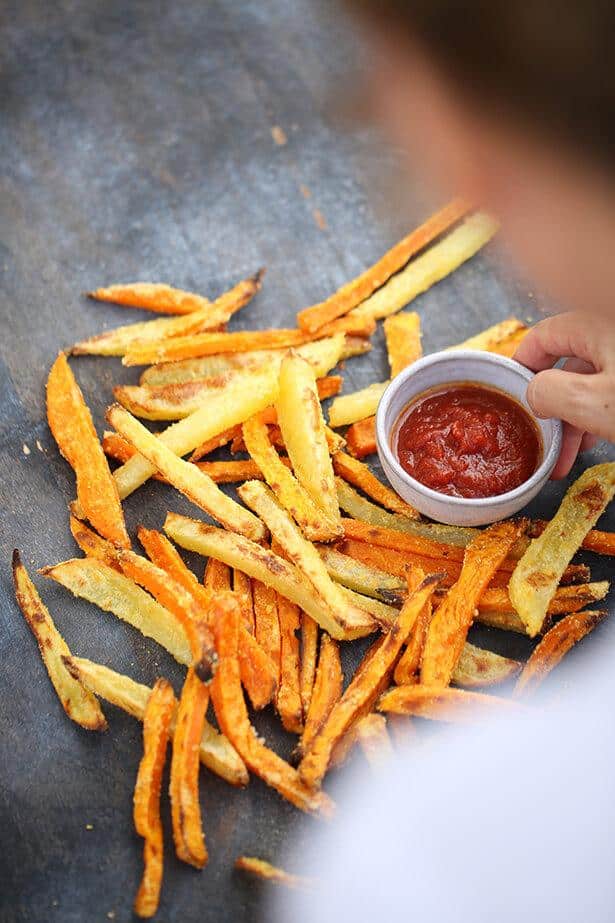 My husband and I have a ritual: I choose the film and give him a brief summary before we watch it. Because you can’t give big lectures with french fries in your mouth, my descriptions are mostly single-lined and a bit unsexy. That’s why Thomas usually doesn’t want to see the film, but he has no choice because I already have the remote control in my hand. Afterwards we agree that the film with the worst summary was the very best. 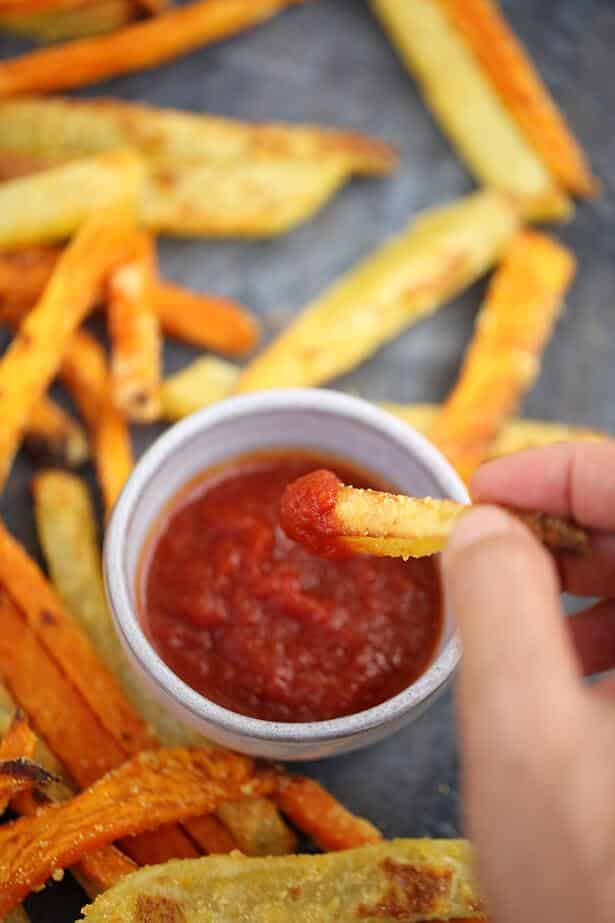 I try to put the best films I’ve seen lately (with or without fries in my mouth) in a one-liner for you. So don’t be put off ;-):

Disabled youth and his carer go on a road trip together and learn to pee standing up: The Fundamentals of Caring (Netflix)

A friend of police officers sells shit for bucks to pay for her mother’s retirement home: Mama Weed (Amazon Prime)

A 16-year-old finds a new dress and herself in 1950s Sydney: Ladies in Black (Amazon Prime)

A genius little boy is the leader of a family that doesn’t grow up until he dies: The Book of Henry (Netflix)

Petty criminal becomes hero of the Parisian banlieus when he has to take care of a group of troubled young people: Bad Seeds (Netflix)

This film features Johnny Depp. Do I have to say more ?: The Professor (Amazon Prime)

Father gets out of society and into the hippie motorhome, where he raises up his children: Captain Fantastic (Netflix)

A gay love story was still taboo in 1970s Italy – but all the more beautiful: Call me by your name (Netflix)

And now my question for you: which film should I watch the next time I make french fries? I’m  looking forward to your tip in the comments below this post! 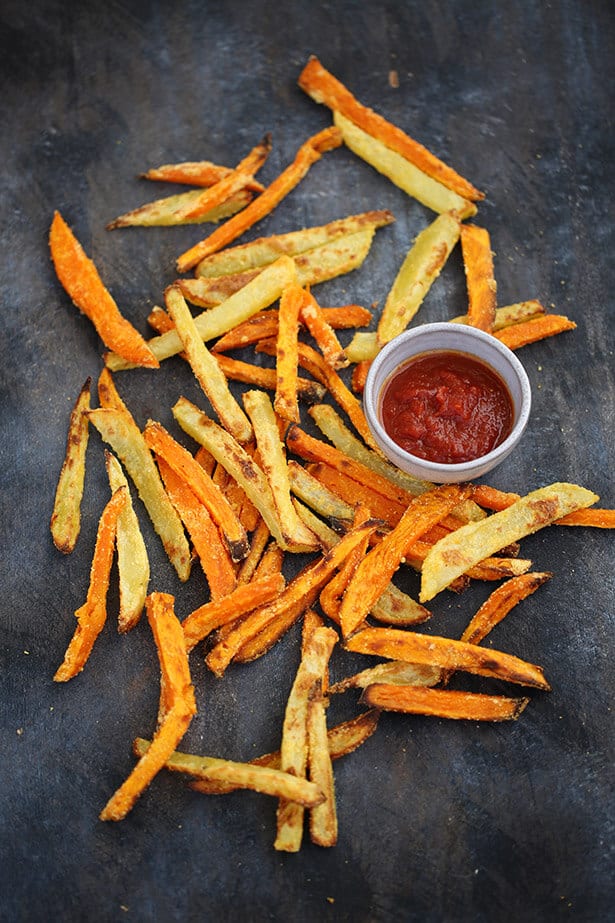 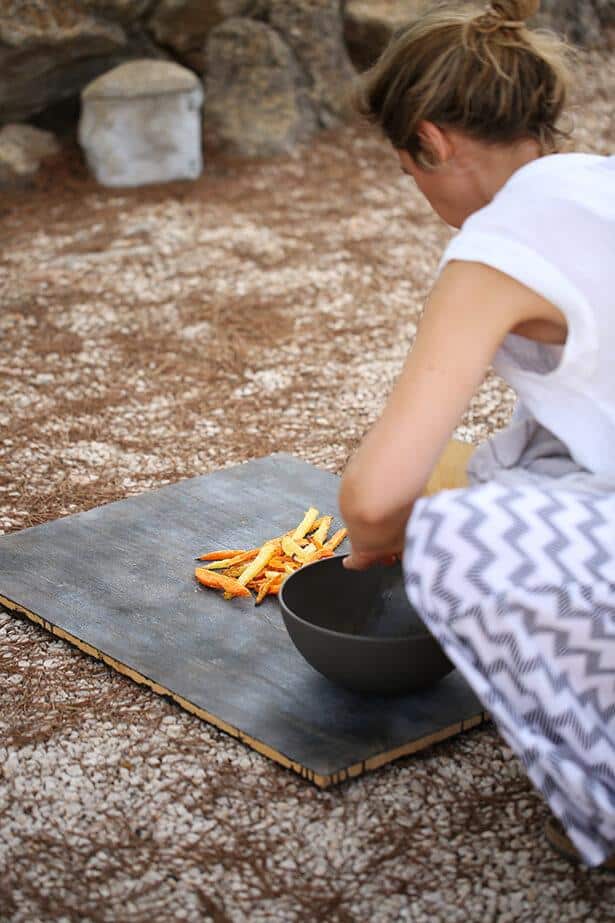