Alsace has a firm place in my heart. After all, I spent a large part of my childhood and youth there, and later on, after living in many other countries and cities, I kept coming back there. Alsace is home to me. And my favorite places are still so authentic and pure that I sometimes feel like I’m in heaven. Alsace is also wonderful from a culinary point of view – especially if you have no problem with wheat flour, cow’s milk, sugar and pork. I remember celebrations with our dear neighbors, at which I couldn’t eat anything, because back then I still had some healthy problems that didn’t allow me to eat precisely the ingredients mentioned. My frustration of being excluded from these delicacies was great. And so, piece by piece, I regained my favorite Alsatian dishes in my own kitchen and with the help of healthier ingredients. One such delicacy is the tarte flambée. It belongs to Alsace like pizza to Italy. Since a real tarte flambée consists of wheat flour, sour cream and bacon, there wasn’t any for me for a long time. Salvation was approaching from a completely different part of France: Nice. In Nice they prepare the “Socca”, which is a mix between pizza and pancake made from chickpea flour, that can be topped with all sorts of ingredients. If you prepare the socca dough in the oven, it will be nice and crispy and can serve as the basis for a wonderful tarte flambée. It goes without saying that the tarte flambée becomes much healthier as a result.

The main part of chickpeas consists of insoluble fiber that passes through the digestive tract unchanged. In doing so, it cleans the intestines, feeds the healthy intestinal bacteria, and is ultimately converted into short-chain fatty acids, which are absorbed by the cells of the colon wall and used as an energy source. This keeps the intestine fit – and a fit intestine is the basis for a stable immune system. In addition, the chickpea is a perfect source of vegetable protein, which is particularly interesting for people who eat little or no meat. What you will notice immediately when trying this recipe: Chickpeas fill you up! You may be concerned that the tarte flambée portion won’t be enough for 2 people, because the same serving of tarte flambée with conventional dough would never be enough. But chickpeas are different. They fill you up, even though they are quite low in calories. Again, it’s their high fiber content that is responsible for this. Studies have shown that people who ate chickpeas were full for a long time and therefore snacked much less between meals than others. This makes chickpeas also good for people who want to lose a few pounds without going hungry. This is as good as it gets: just eat some delicious tarte flambée for weight loss! This is paradise, even beyond my beloved Alsace! 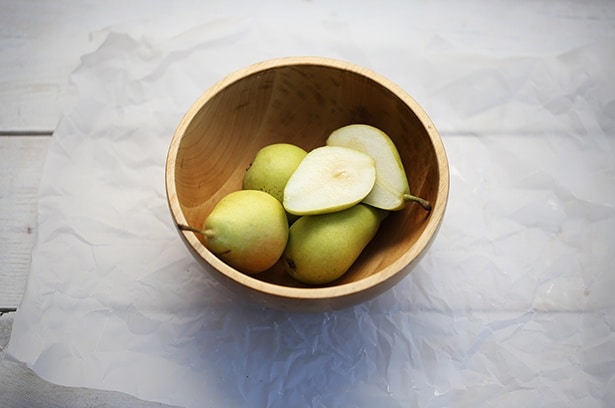 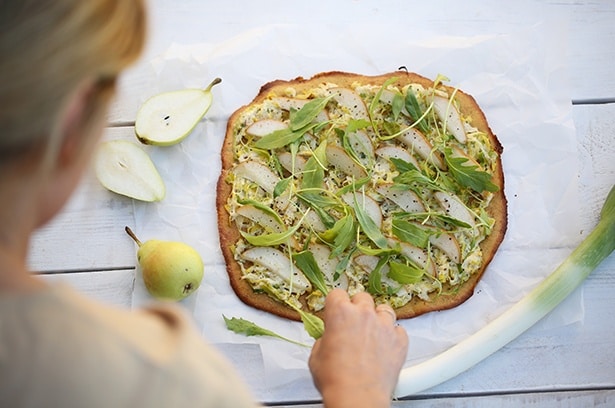 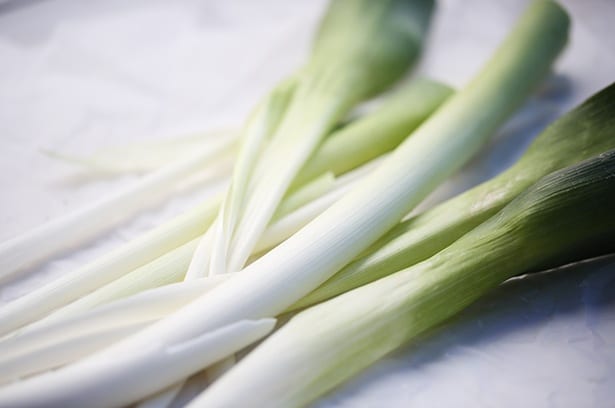 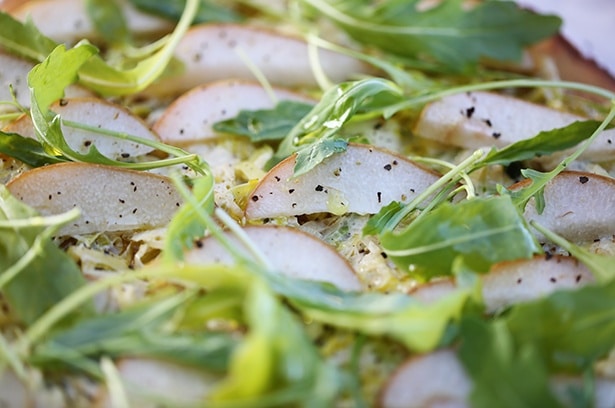 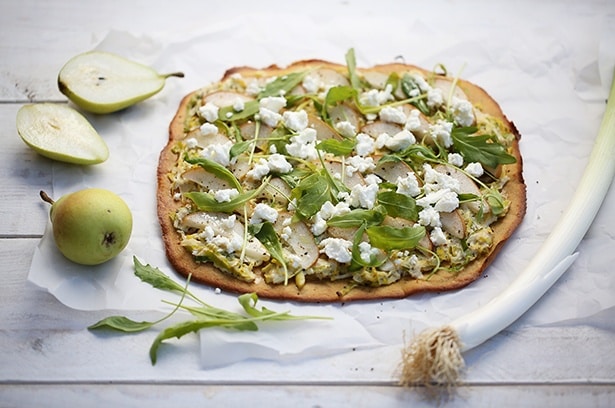 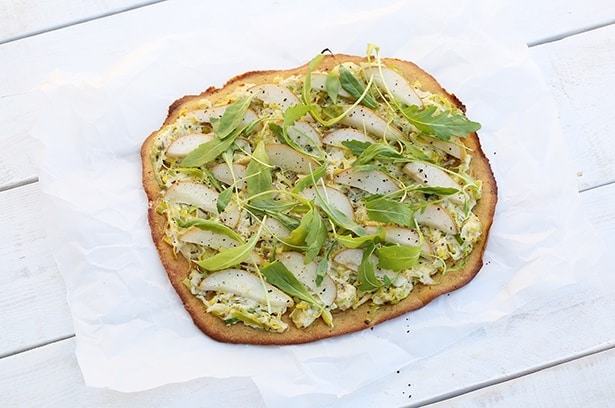